Ten Games you need to play at least once in your life.

Gaming has become an essential part of pop culture, thanks to the growing number of platforms, and technology playing a video game is more affordable and accessible than it ever was. So today we're counting down our picks for the top 10 video games everyone needs to play at least once. For this list, we'll be looking at the groundbreaking and genre-defining video games we believe everyone needs to experience once in their lives of course. To be fair we're only including one game per franchise. what games are on your must-play lists? Share with us in the inbox. 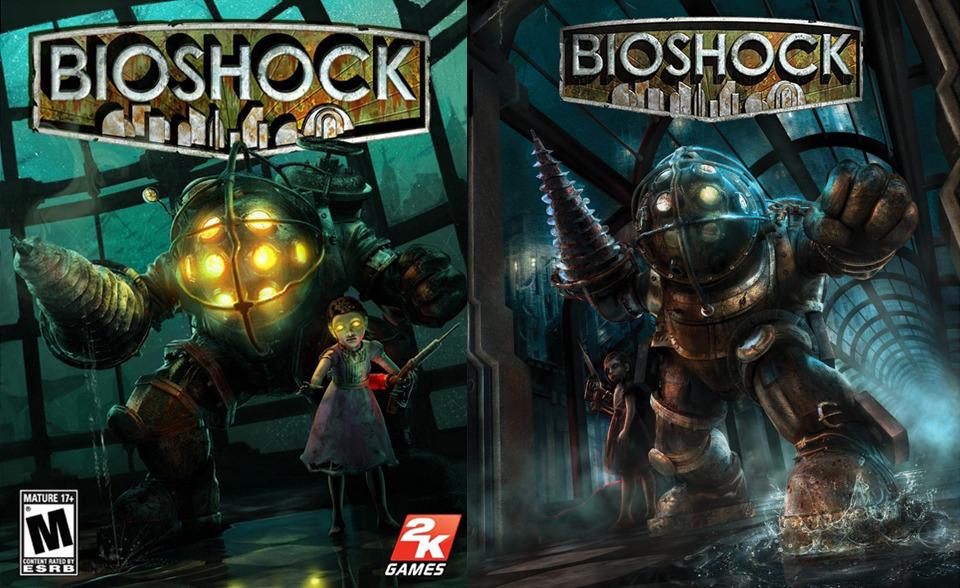 From the moment we descended into the watery depths and came across rapture for the first time, we knew we had something special. Believed to be one of the finest fps campaigns ever crafted we were forced into the middle of a city at war around every corner were drug-crazed citizens, political machinations and philosophical quandaries that kept us diving deeper into rapture's lore and characters fascinated us but the gameplay of Bioshock was also highly gratifying at first we felt like a lamb led to slaughter but with upgradeable weapons and a plethora of super powering granting plasmids to unlock we became a god among men utterly thrilling in every sense, Bioshock is a masterpiece in tension and world building. 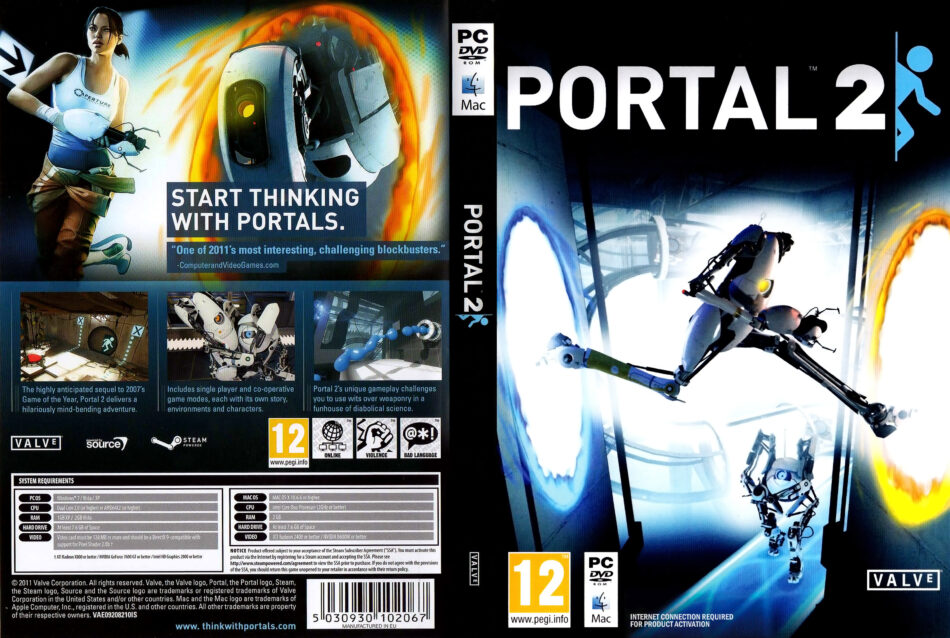 If you're a person who is looking for a game to flex your puzzle-solving muscles while experiencing a creative and often hilarious narrative you should look no further than Portal 2. Both the single-player and multiplayer campaigns built on the incredible foundation of the the first game from the franchise expanding in delightful ways the new voice cast editions of JK Simmons and Steven Merchant as well as the return of Ellen McLean as GLaDOS made the story fly off the screen while playing alone you'll uncover the more dark history of the aperture while playing with a friend you'll find some of the best camaraderie-building brain teasers ever seen in video games simply put there's no going wrong with portal 2. 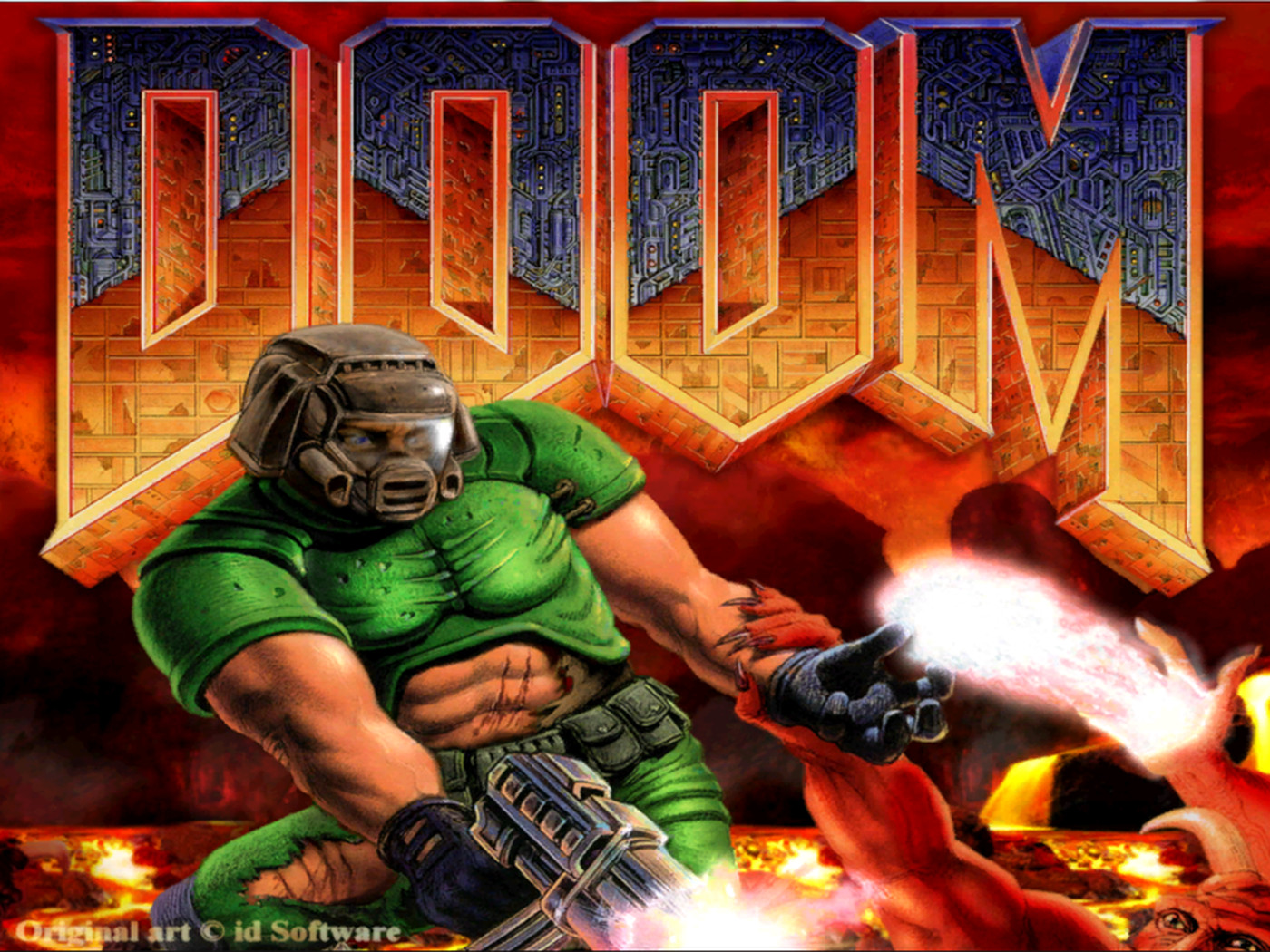 The fps genre of games owes an unpayable amount of debt to doom, while Wolfenstein 3D may have come first it's the slayer's first outing that's the more influential. Never before had we felt so powerful and vicious within a video game and there are few games in an existence that has managed to top that feeling since genius in its simplicity we could spend hours running around blasting through demonic hordes with extreme prejudice. How the makers managed to pack so much awesome into its gameplay and the soundtrack on the hardware of those times flawlessly, still confuses us. there's a reason doom has been ported to every platform under the sun as well as a ton of non-gaming devices by passionate fans because it's something everyone should experience.

7. The Legend of Zelda: Ocarina of Time 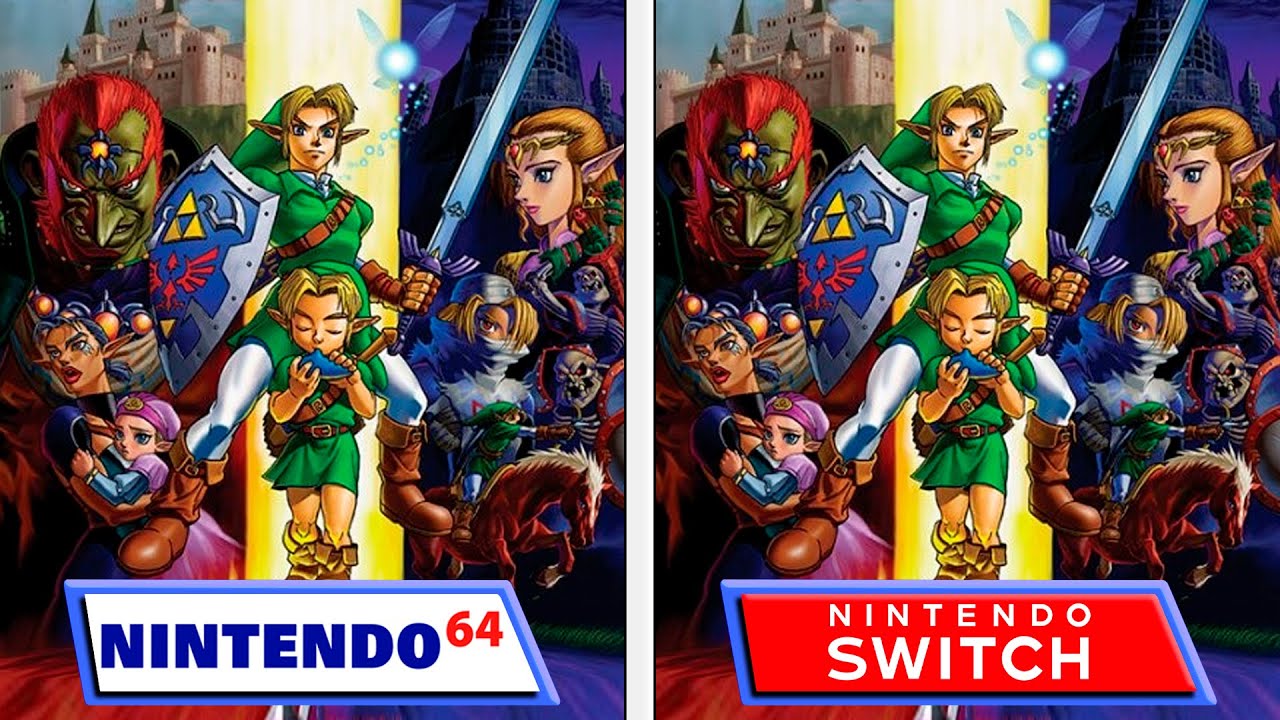 The Legend of Zelda: Ocarina of time is one of the most important games ever released so of course every gamer should experience it. Its influence on the action-adventure genre can still be seen today yet itself still plays tremendously well with everything from its music to its lore, from its characters to its puzzles. It enchanted us then and remarkably they still do. Set up as a simple good versus evil story in a fantasy world it subtly explores the loss of childhood and innocence as well as the sacrifice that comes from answering a higher calling its levels and characters whether big or small remains some of the most iconic in the medium if you've never played it you're missing out on something truly special.

Unarguably gamers should play at least one entry in this long-running RPG series but for us, the peak of greatness came in generation 2. Gold and Silver included the main drawing points of the original games with cute powerful monsters to battle with however it made several small changes to enhance the experience by adding a hundred new pokemon which included some really great ones. Add to that the incredibly exciting new gameplay features that could give you the edge in battle, new attacks and types and your party's ability to carry items others were just fun inclusions, like the ability to breed. Pokemon gold and silver is near perfect examples of how to build the sequel and expand your fan base. 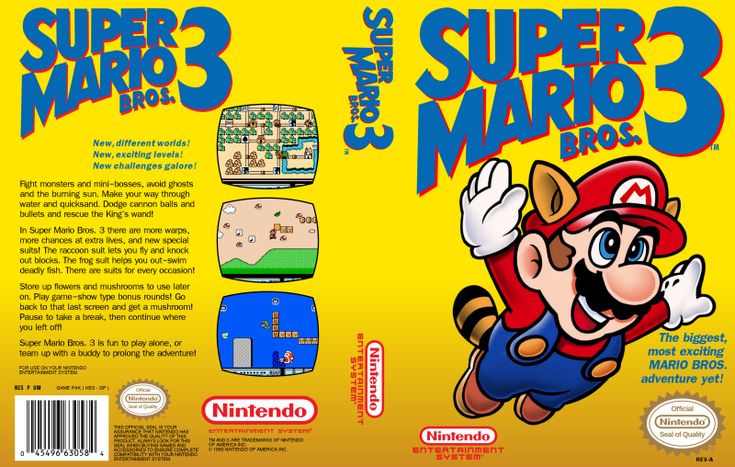 To be completely honest everyone who knows what a video game is must have played a mario game at least once but given our one per franchise rule we have to go with this NES classic. With the rulers of various kingdoms transformed into animals, Mario and Luigi set out to make things right. Super Mario Brothers 3 is such a flawless platformer and a monumental step above what came before it in terms of game design. It began the trend of different themed worlds scaling beautifully in difficulty and included exciting new power-ups like the tanuki leaf and the hammer seat despite its age, it's just as fun to play today as it was on release and every Nintendo fan owes it to themselves to seek it out.

There are a number of must-play open-world fantasy RPGs including the likes of groundbreaking titles like Skyrim, however, the open fantasy world we keep returning to time and time again is that of the Witcher 3: Wild Hunt. Although he'd starred in two previous games it was here that we became enraptured with Geralt of Rivia through his profound relationships with Siri Besamir and Yennefer, the political strife of the continent compelled us, instilling a desire to play a part no matter how dastardly the other characters were. The fantastical beasts were at times imposing and downright disgusting but we loved using Geralt's variety of spells to take them down.

When it comes to DC video games, nothing beats Batman Arkham Asylum. It's not constantly shouting at you, flooding the map with distractions, side content, and collectibles. That's what makes exploring Gotham in relative silence so refreshing. Even the music is used sparingly, allowing you to soak in the atmosphere without feeling as if your brain is being overloaded. When it comes to leading players to content, Triple-A games have only gotten louder and more forceful, which makes playing Asylum today extra nostalgic. This ominous gothic asylum has appeared in countless Batman stories over the years, but it's the real star of the show here and it's fleshed out in a way it's never been before. It's dense with history and mystery, and it's strewn with relics of the many infamous Batman villains who have called it home. 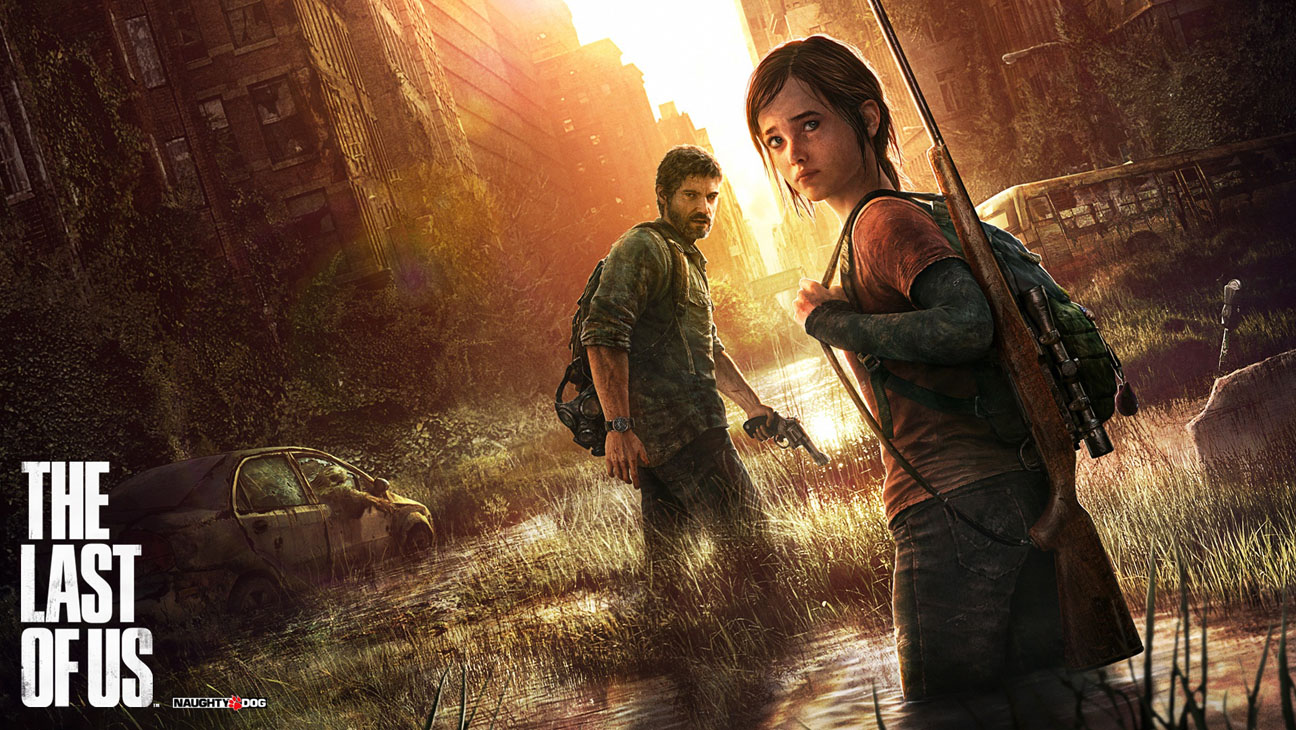 Part two may have divided the fan base but there's no denying how exceptional the first game is. Although the premise of a post-apocalyptic world ravaged by a virus seems done to death but the folks at naughty dog proved it by going entirely in a new direction with the tale of Joel and Ellie two deep characters forced into companionship is one that will forever be celebrated in the world of video game history. Thought-provoking and heartbreaking at times, The Last of us expertly navigates complex themes and characterization through the wonderful voice  performances of Ashley Johnson and Troy Baker in the lead roles and deserves just as much praise as the writing. On top of being a master class in storytelling, it's also frequently terrifying.

Also Check-Out: The Last of Us Collectibles. 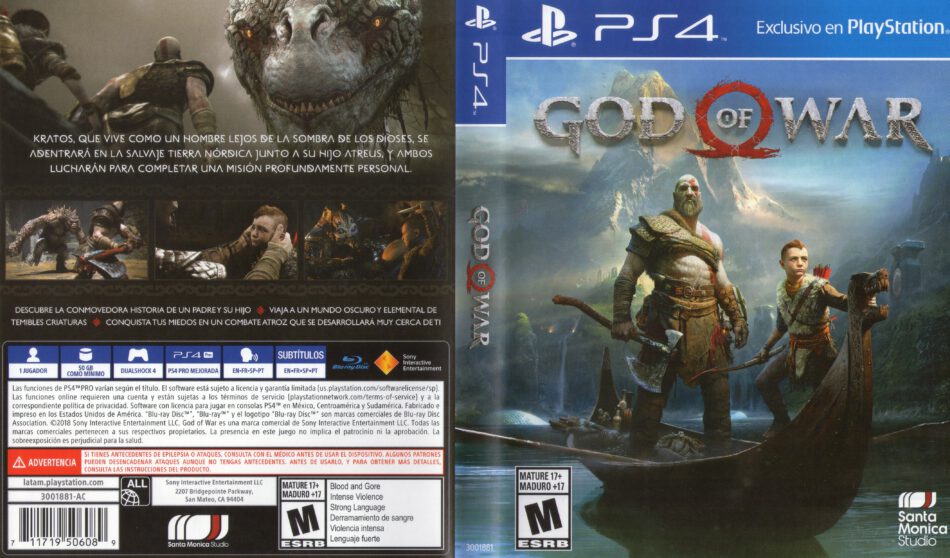 The ways in which God of War matured the series surprised players, such as making Kratos a character people care about rather than an unrepentant bastard, and removing the extreme objectification of female characters. But, as much as Sony Santa Monica focused on creating a new legacy, it did not completely abandon the past. God of War picks up years after Kratos' adventures in Greece, where he slew the entire Olympian pantheon. Now he's a father once more, and he's attempting to steer his son, Atreus, in a different direction in order for Atreus to avoid some of the cruel mistakes Kratos made in his previous lives on PlayStation 2 and PlayStation 3.

It's still a raging series, but rather than focusing on the youthful frustrations of the past, it takes a more mature approach. Fear is the new heart at the centre of Kratos' rage: fear that Kratos' past will never let him be at peace, fear that his son will discover who he truly is, and fear that he is too broken to ever be the father he needs to be. And, of course, fear fuels a new rogues' gallery of foes — the Norse gods — who are all fighting to keep the world from ending. It encapsulates a lovely story in a tight third-person action and puzzle game. It demonstrates incredible respect for Norse myths by making these gods into compelling characters.