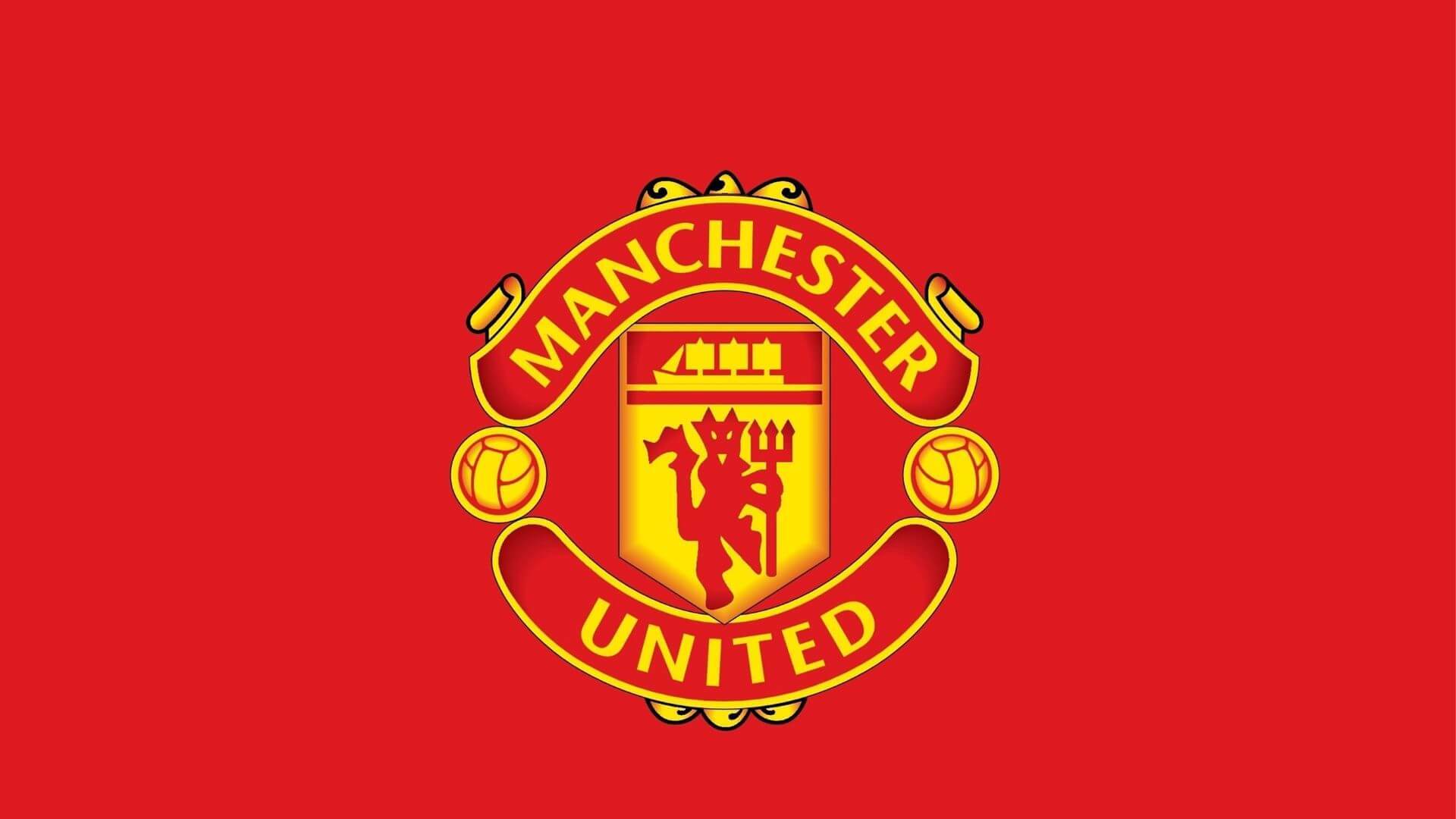 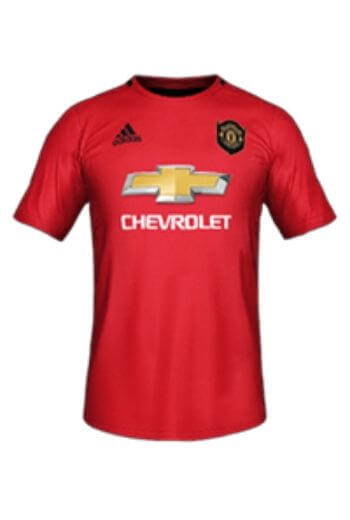 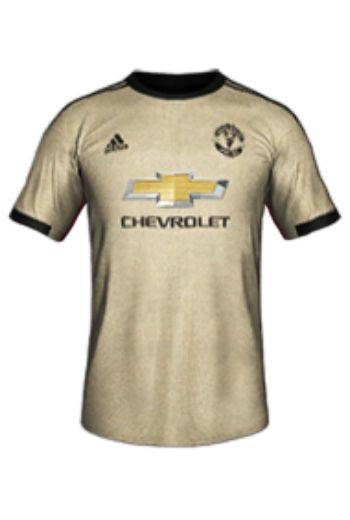 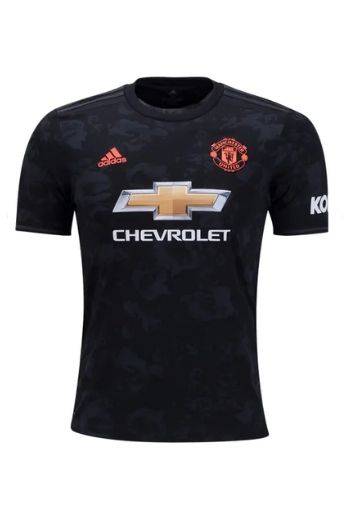 History of the Club

Manchester United Football Club is a professional football club based in Old Trafford, Greater Manchester, England, that competes in the Premier League, the top flight of English football. Nicknamed "the Red Devils", the club was founded as Newton Heath LYR Football Club in 1878, changed its name to Manchester United in 1902 and moved to its current stadium, Old Trafford, in 1910.Manchester United have won more trophies than any other club in English football history with a record 20 League titles, 12 FA Cups, 5 League Cups and a record 21 FA Community Shields. United have also won three UEFA Champions Leagues, one UEFA Europa League, one UEFA Cup Winners' Cup, one UEFA Super Cup, one Intercontinental Cup and one FIFA Club World Cup.

In 1998–99, the club became the first in the history of English football to achieve the continental European treble by winning the UEFA Europa League in 2016–17, they became one of five clubs to have won all three main UEFA club competitions. Under the management of Matt Busby, Manchester United became the first English football club to win the European Cup. Alex Ferguson won 38 trophies as manager, including 13 Premier League titles, 5 FA Cups and 2 UEFA Champions Leagues, between 1986 and 2013, when he announced his retirement.

Manchester United was the highest-earning football club in the world for 2016–17, with an annual revenue of €676.3 million, and the world's third most valuable football club in 2019, valued at £3.15 billion ($3.81 billion). As of June 2019, it is the world's most valuable football brand, estimated to be worth $1.2 billion. After being floated on the London Stock Exchange in 1991, the club was purchased by Malcolm Glazer in May 2005 in a deal valuing the club at almost £800 million, after which the company was taken private again, before going public once more in August 2012, when they made an initial public offering on the New York Stock Exchange. Manchester United is one of the most widely supported football clubs in the world, and has rivalries with top tier English league clubs like Liverpool, Manchester City, Arsenal and Leeds United.

The rivalry with Liverpool is rooted in competition between the cities during the Industrial Revolution when Manchester was famous for its textile industry while Liverpool was a major port. The two clubs are the most successful English teams in both domestic and international competitions; and between them they have won 38 league titles, 9 European Cups, 4 UEFA Cups, 5 UEFA Super Cups, 19 FA Cups, 13 League Cups, 2 FIFA Club World Cups, 1 Intercontinental Cup and 36 FA Community Shields. It is considered to be one of the biggest rivalries in the football world and is considered the most awaited fixture in English football with tickets sold out months in advance.

The "Roses Rivalry" with Leeds stems from the Wars of the Roses, fought between the House of Lancaster and the House of York, with Manchester United representing Lancashire and Leeds representing Yorkshire. The rivalry with Arsenal is a modern day one arising from the numerous times the two teams, as well as managers Alex Ferguson and Arsène Wenger, have battled for the Premier League title. With 33 titles between them (20 for Manchester United, 13 for Arsenal) this fixture has become known as one of the finest Premier League match-ups in history. 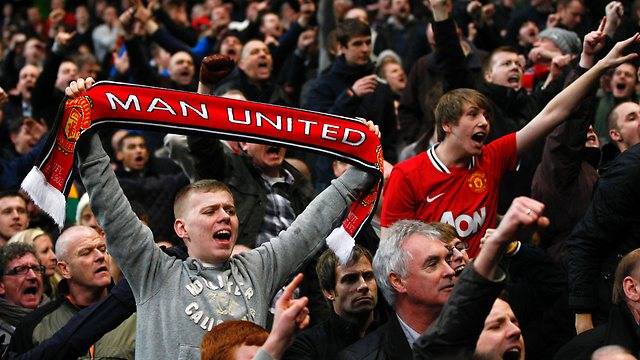 Manchester United has been described as a global brand; a 2011 report by Brand Finance, valued the club's trademarks and associated intellectual property at £412 million – an increase of £39 million on the previous year, valuing it at £11 million more than the second best brand, Real Madrid – and gave the brand a strength rating of AAA (Extremely Strong). In July 2012, Manchester United was ranked first by Forbes magazine in its list of the ten most valuable sports team brands, valuing the Manchester United brand at $2.23 billion.

The popularity of club has given rise to setting up of multiple fan franchises in 24 different country where Man utd. tours during summer. The club has also garnered huge sponsorships from huge brands like Nike, Adidas, Umbro, Vodafone, Budwiser and their current main sponsors Chevrolet. 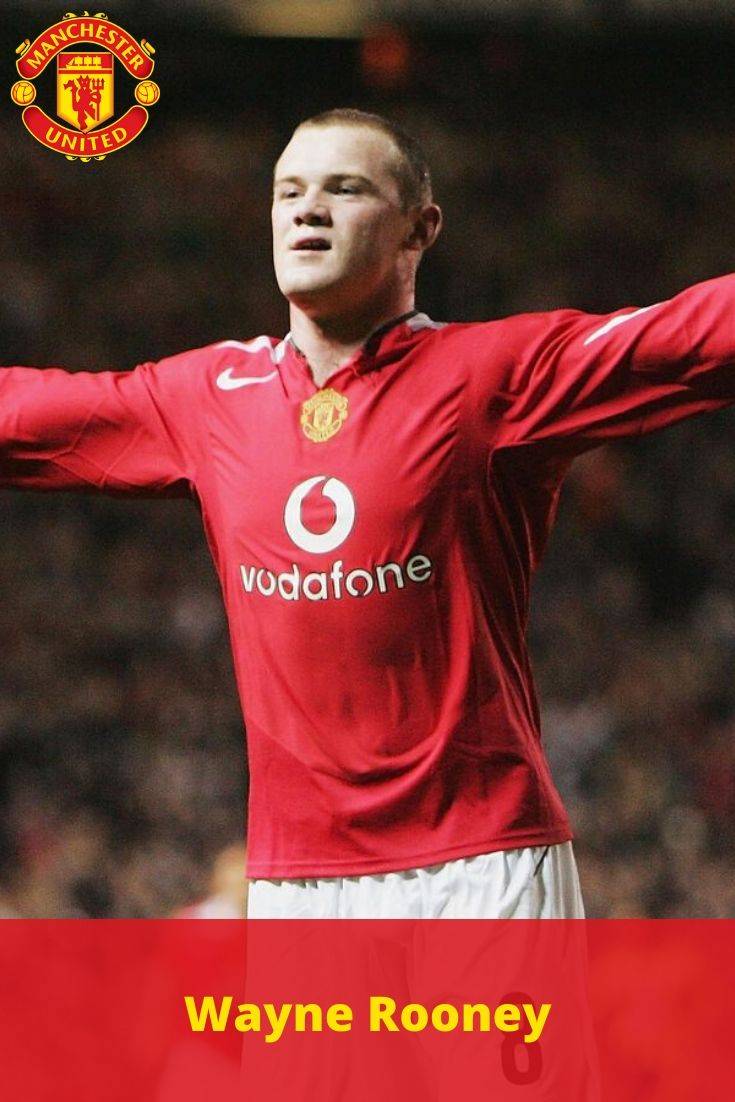 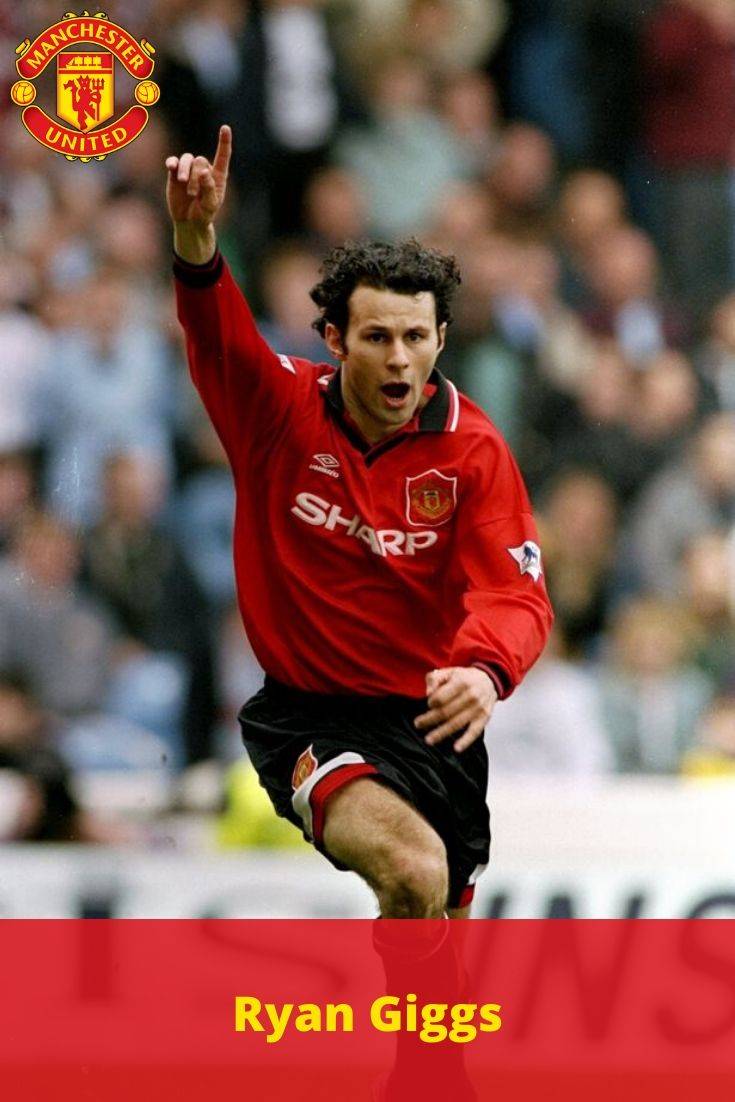 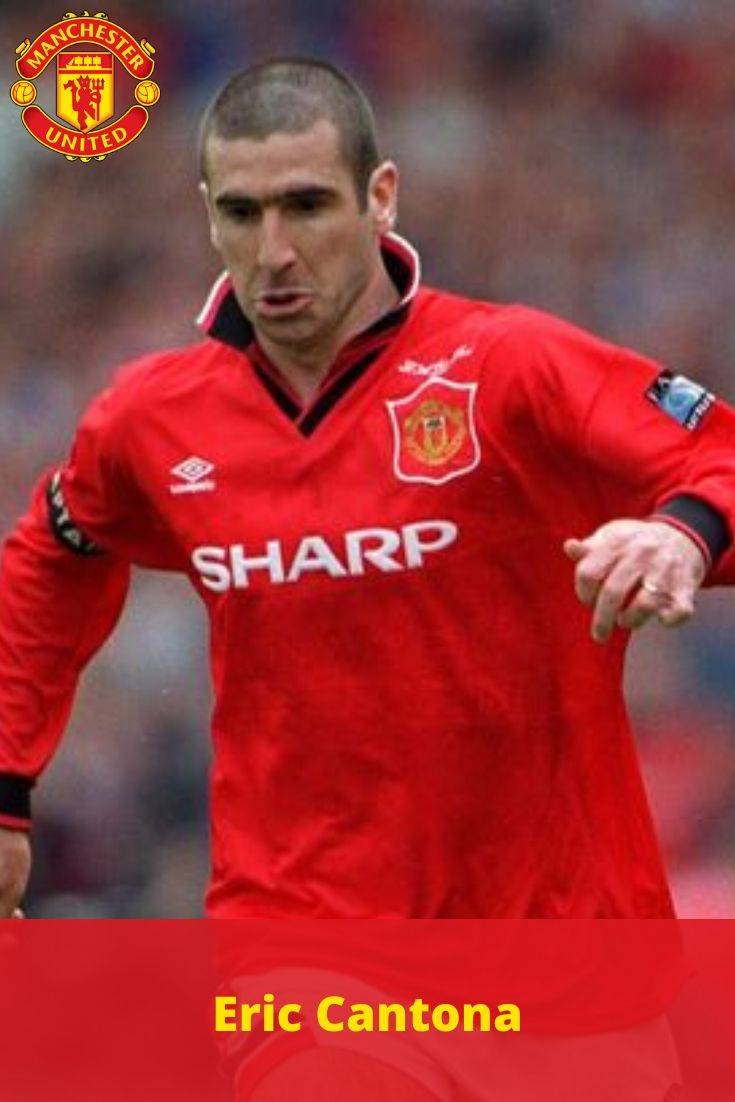 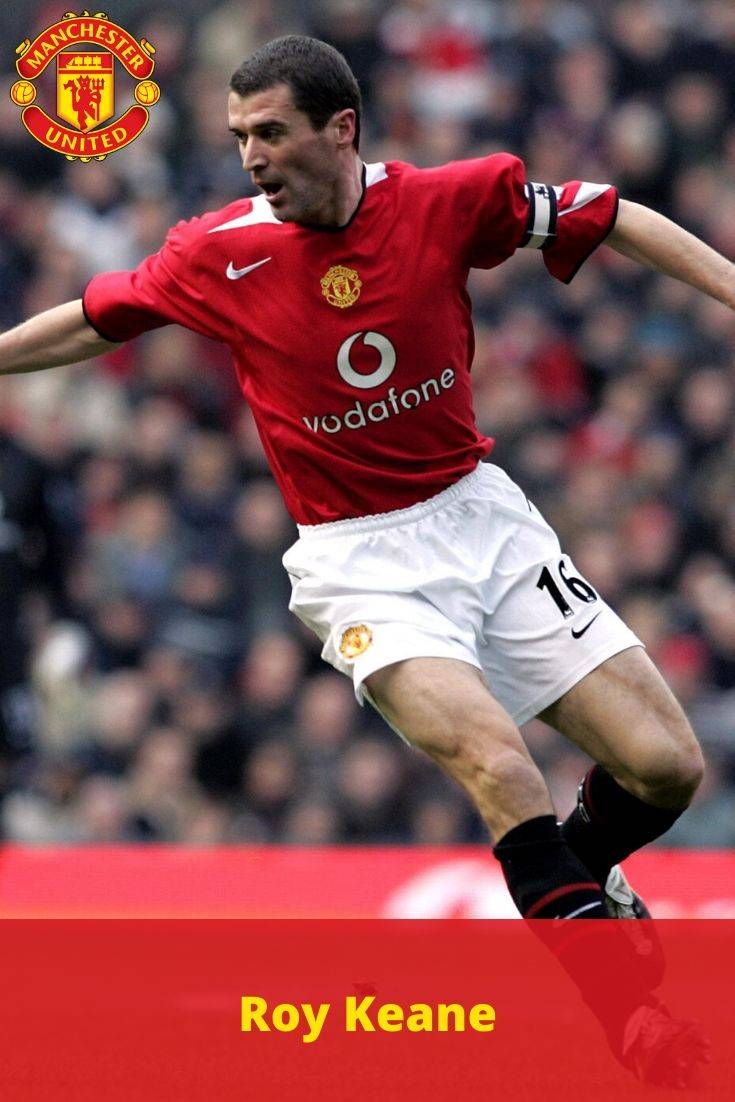 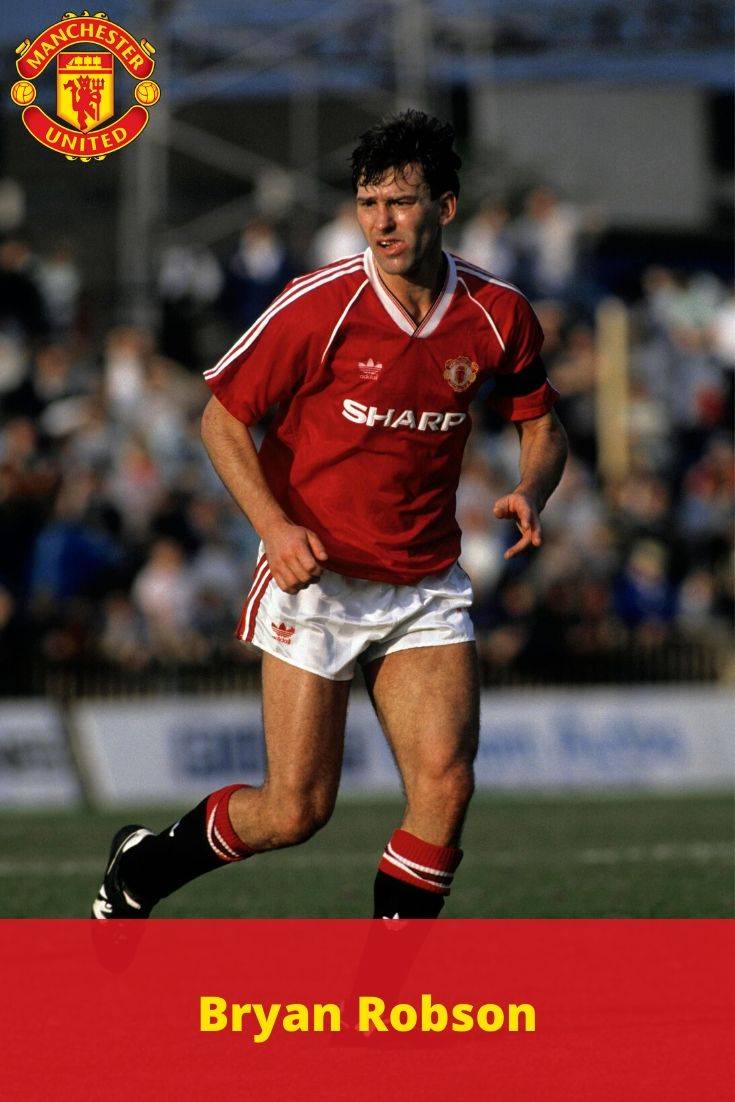 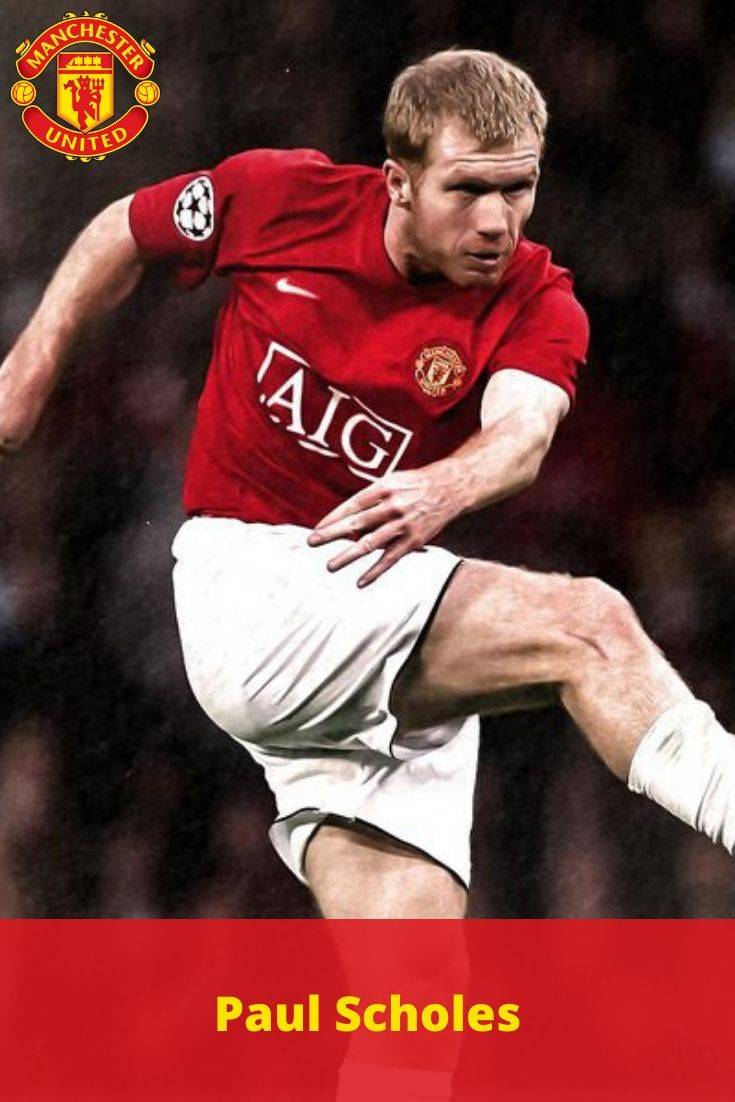 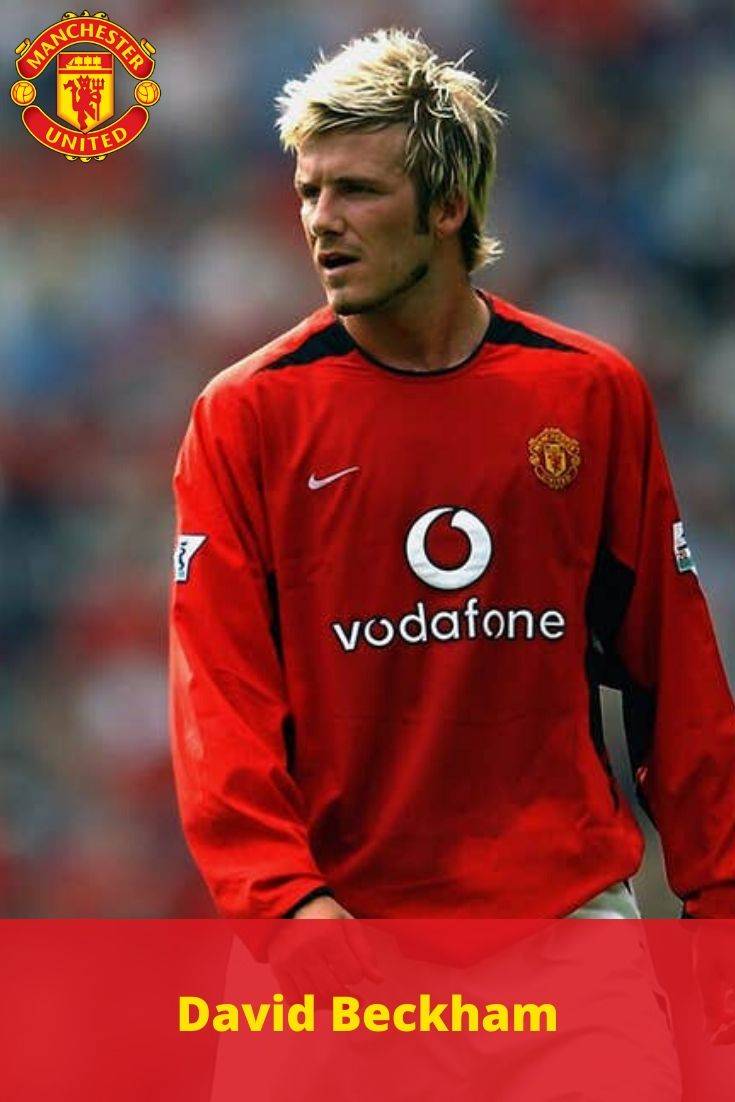 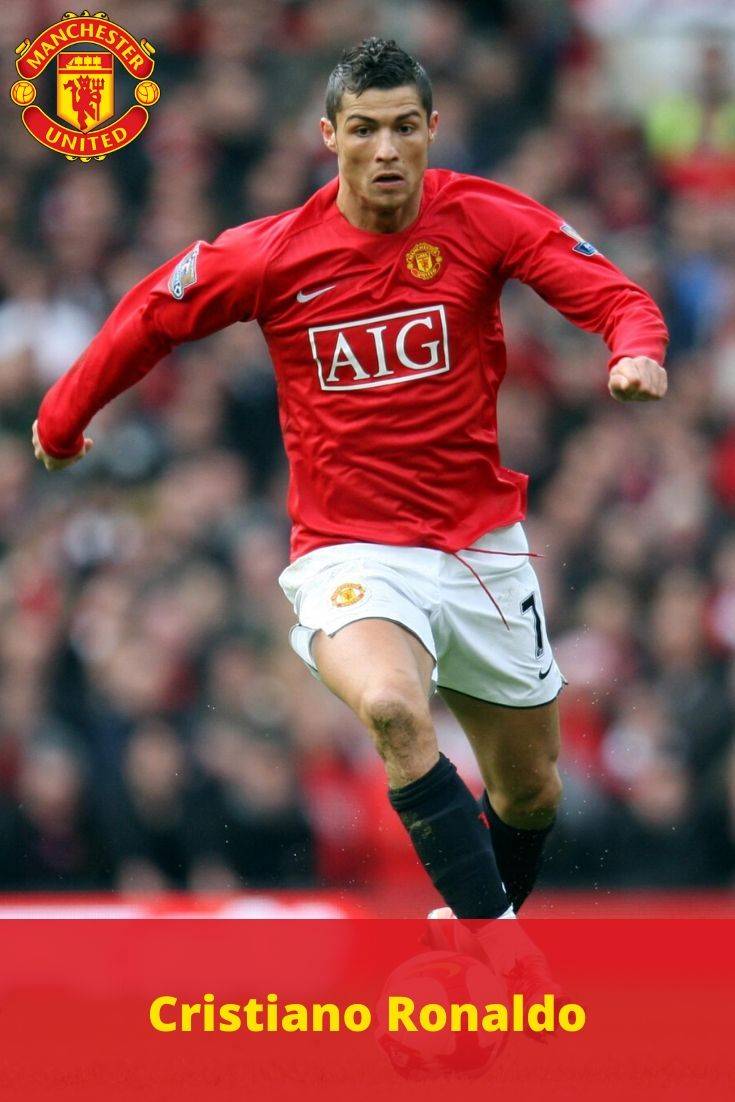 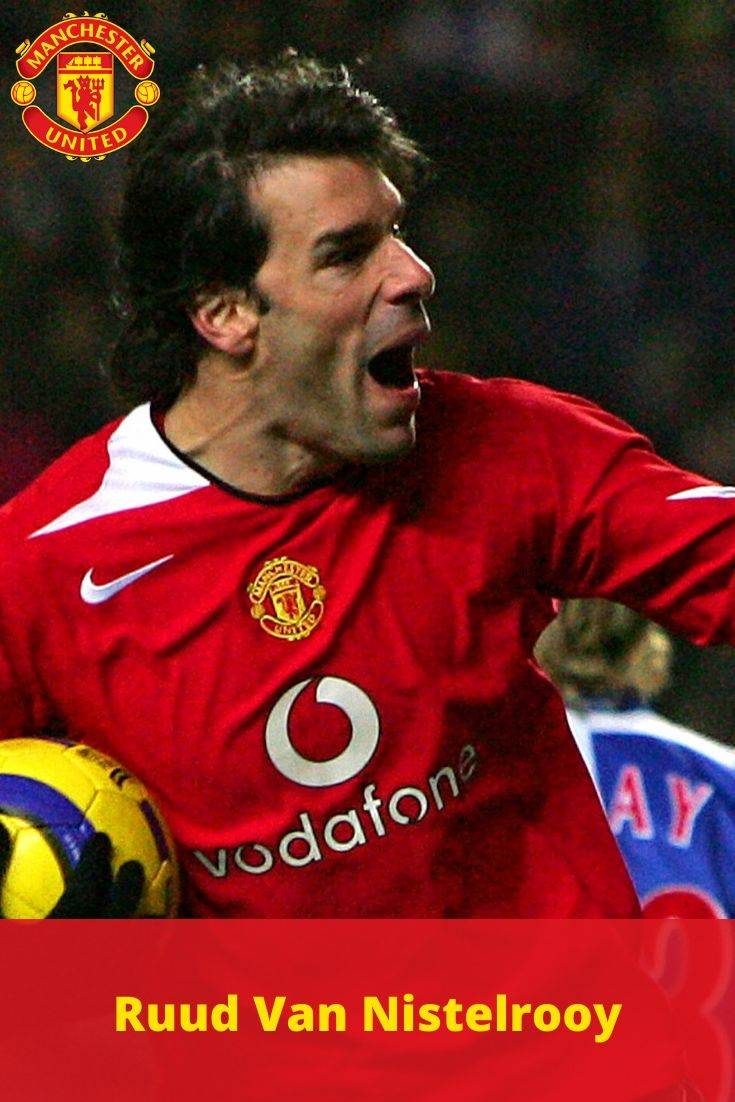 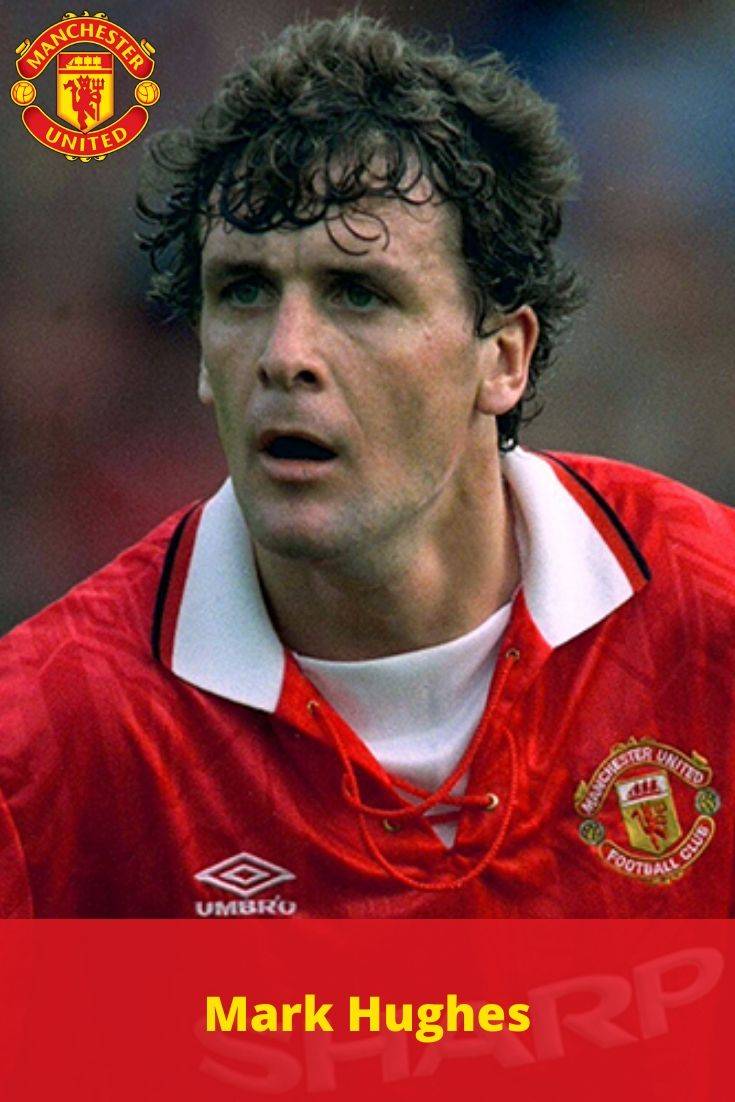 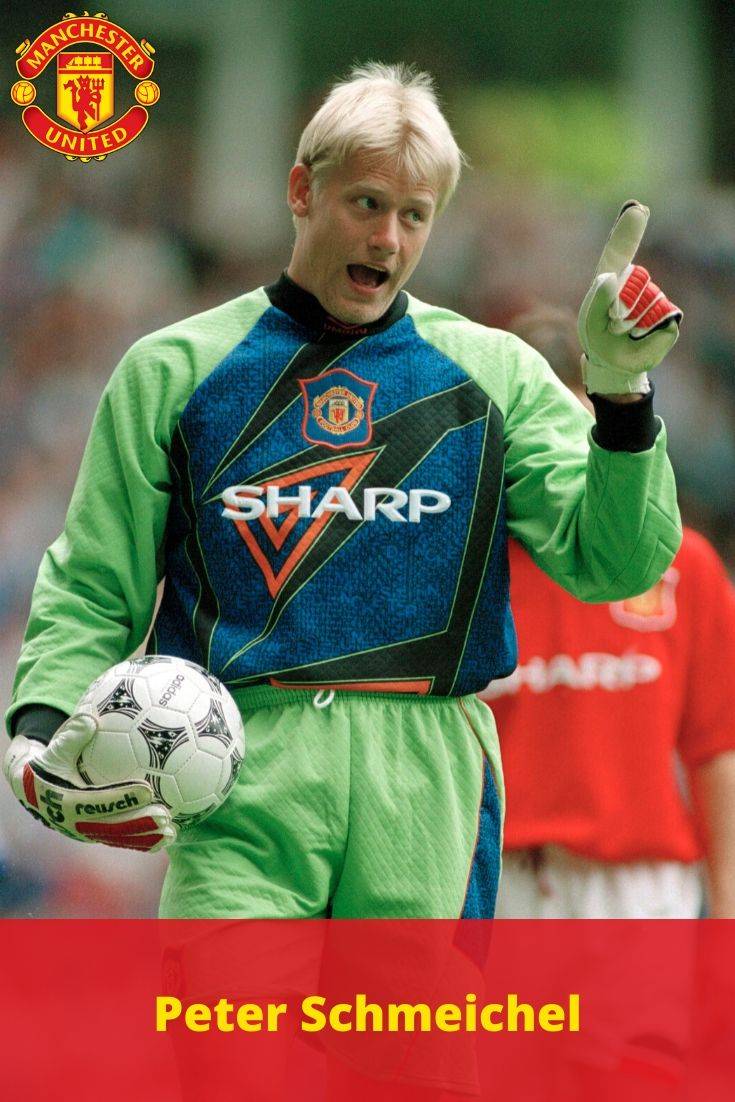 A myth has grown surrounding this fixture. It is labelled the one Fergie had to win or else he was going to be sacked. Old Trafford’s hierarchy deny this but there is no doubt the Reds boss, without a trophy in four years, was sailing close to the wind. Mark Robins’ goal at the City Ground was the saviour and set Sir Alex on road to his first United trophy.

The first United piece of silverware was vital to stave off growing fan unrest and to instil belief in Fergie’s new-look side. After a thrilling 3-3 final on the Saturday, United came back to Wembley to secure the trophy with a 1-0 win thanks to Lee Martin’s winner.

Following the trauma of the late title collapse in 1992, the burden on United’s shoulders was getting unbearably heavy. When Sheffield Wednesday were leading 1-0 at Old Trafford at Easter time another crumble was on the horizon. But Steve Bruce’s two late goals pumped Reds up for a grandstand finale and the first title for 26 years.

United needed a tonic in the wake of Eric Cantona’s Selhurst Park Kung-Fu nightmare and new signing Andy Cole provided it. The £7m striker had just two matches with the Frenchman before Cantona was banned and the goal burden fell on him. Five Cole goals against Ipswich in a 9-0 win proved a huge pick-me-up.

The Italians were Europe’s powerhouse in the late 90s and United had fallen short against them 12 months earlier, home and away, in group games. But the Reds banked great confidence in a thrilling 3-2 home win. In many ways this was the platform for success in 1999.

2-0 down in the Stadio delle Alpi in the first 11 minutes and 3-1 down on aggregate, the Treble was under threat. But the irrepressible Roy Keane shrugged off a yellow card that would keep him out of the final to drag shell-shocked United back to their feet and the cavalier Reds stunned Turin with an unforgettable comeback to reach THAT final.

A balmy and barmy night at Villa Park. Another occasion when the Treble hung by a thread. After Keane was sent off United survived a last- minute penalty scare when Peter Schmeichel saved from Denis Bergkamp to take the replay into extra-time, then came Ryan Giggs’ sensational solo goal. Incredible drama.

The team of the season were three minutes away from the most disappointing finale. The domestic double had been secured in a memorable 10-day climax but the Reds appeared to be running on empty in the Nou Camp and potential Treble killers Bayern were heading for the trophy. Then came the sensational comeback and goals from Teddy Sheringham and Ole Gunnar Solskjaer to cap an astonishing campaign.

Old Trafford on nights like this is just an awesome arena. The Reds had drawn 0-0 in Spain and even Lionel Messi couldn’t deny them in the second leg when a Paul Scholes rocket lifted the roof off the stadium and a tense finale added to the nerve-wracking drama.

Nip and tuck for 120 minutes in the early hours of a Russian morning, the first all-English final went to penalties. United’s man of that season Cristiano Ronaldo missed his spot kick to leave Chelsea captain John Terry the chance to win the trophy, but he missed. Ryan Giggs became United’s all-time top appearance maker on the night and scored his penalty to hand the match-winning moment to Edwin Van der Sar as he saved Anelka’s spot kick.

Fergie revamped his squad this summer to create yet another United generation and they took full advantage of Arsenal’s turmoil, tearing them apart at Old Trafford.V ROMA 7-1, APRIL 2007United had lost 2-1 in Rome and had it all to do against notorious Italian defending. But they tore into Roma, sweeping them aside in an avalanche of goals.

On arrival at United Fergie said he intended to knock Liverpool off their perch and this win at Anfield was an early fillip.V OLDHAM, FA CUP SEMI-FINAL 1994Sir Alex’ Dream Team was on the brink of a nightmare as the attempt to become the club’s first double winners looked set to be shattered at Wembley by Joe Royle’s side. But a trademark late Mark Hughes volley rescued the Reds. This goal gave theM the impetus to win the league and the cup.

Having got the taste for trophies with the 1990 FA Cup, Fergie’s side needed to keep the flow going and to do it in Europe was going to be key. Against Johan Cruyff’s Barca the Spaniard’s old boy Mark Hughes capped a memorable night in Rotterdam.

It was one of the most forgettable cup finals Wembley had ever seen but Eric Cantona’s winner vindicated Fergie’s decision to stick with the Frenchman after his ban and also the previous summer’s decision to promote the Class of ‘92. This 1-0 win completed a second double.

Eight months of controversy, soul-searching and torment for all parties involved, none more so than Ferguson who’d stuck his neck out for his talisman, came to a happy conclusion as Cantona scored in a 2-2 draw.

Ole Solskjaer almost left United the season previous but Fergie had persuaded him to stay and as United’s Treble bid began to crank up they swamped Ron Atkinson’s Forest 8-1. A stunning four goals in 10 minutes by Solskjaer was the icing on the cake.V SPURS, MAY 1999Part one of the Treble campaign and typically United put Fergie through the mill. Needing a win to keep Arsenal from the crown, they allowed Spurs to take a 1-0 lead. But goals from David Beckham and Andy Cole set off delirious celebrations.

Part two of the Treble. It wasn’t a classic against a poor Newcastle side but Teddy Sheringham and Paul Scholes goals sealed the win.

United may have lost the tie but this night had everything. A sensational hat-trick from the Brazilian superstar Ronaldo won him a standing ovation when he was subbed. Then David Beckham, controversially on the bench amid stories he was off to Spain, launched a fightback. United won 4-3.

A convincing win but after an early Champions League exit and Roy Keane’s shock departure, Fergie needed this4-0 triumph to re-instil belief among his squad and the fans.

United and the Gunners had sights on Rome and the Reds held a slender first-leg lead. Arsene Wenger’s side had home advantage but a Cristiano Ronaldo inspired evening swept the Londoners away 3-1.

Arsenal were still battling for the title and the Reds were 2-0 down at Upton Park inside 25 minutes. The record 19th title looked to be slipping away. But a trademark United comeback, engineered by a 14-minute Wayne Rooney hat-trick, turned it around and the Reds won 4-2 to end the title race.

United have had many thrilling comebacks in Fergie’s time but this one at White Hart Lane was remarkable. Spurs were 3-0 up at half-time and the Reds, with Ruud van Nistelrooy, Seba Veron and Laurent Blanc, were struggling. But all three newcomers scored in a second- half revival as United won 5-3.

Checkout Soccer Starz From Man-U and other Clubs