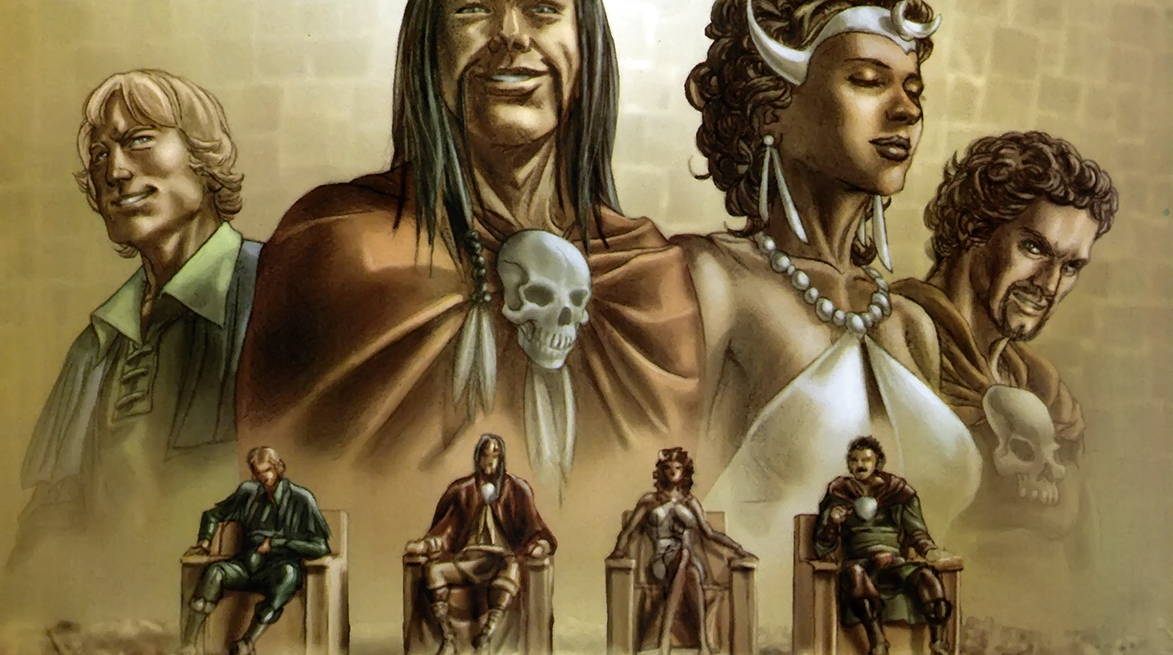 The Elementals are a Marvel comics villainous team, created by Tony Isabella and Val Mayerik. The Elementals first appear in Supernatural Thrillers #7 in 1974. The team is based on a common and reoccurring theme in fiction drawing from the four elementals wind, fire, earth and air. They differ from other similar elemental traits characters as they are portrayed as villains in Marvel Comics opposing to heroes in other similar works.

The Elementals exact origins is a mystery, only thing we know is that they hail from another Universe, Earth circa 3500 BC. Zephyr, Magnum, Hydron and Hellfire all possessing great elemental powers would establish themselves as gods with their own kingdoms in what would become modern day Egypt. Each possessed the total command over the elements. Hellfire the leader of the quartet possessed control of fire and flame. Magnum possessed the power over the earth. Zephyr possessed the power to manipulate and control wind and the air. Hydron possessed the ability to manipulate water. The four powerful god like beings were effectively immortal, as well as possessing the power to open dimensional portals. Some time in the past a warrior named Dann and a wizard named Garrett created the Ruby Scarab to cast out the Elementals, remove their powers and temporary banish them from Earth. In this dimensional prison they would bide their time reshaping the dimension into what they would call the Palace of the Gods. 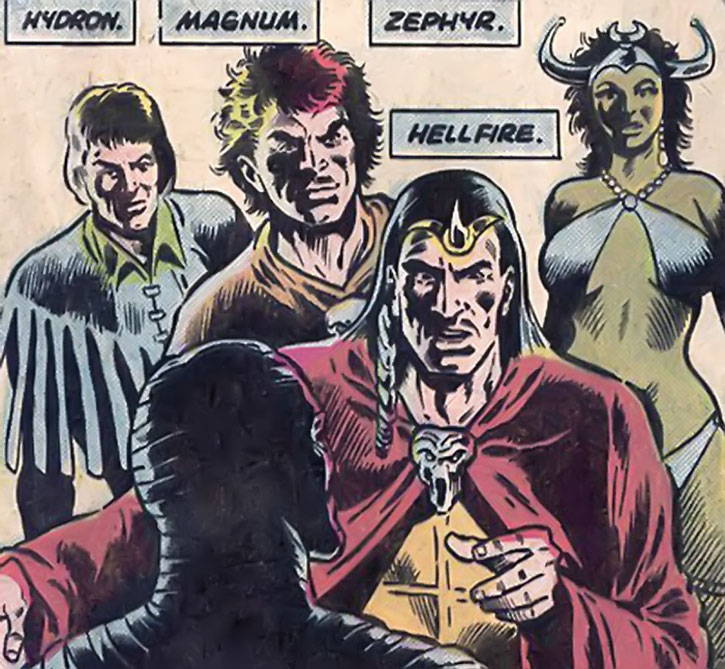 Despite making their debut in 1974 Elementals have only made minor periodic appearences in the comic world, one major reason being the existence of same titled superhero comics from another publisher.

Return to the Modern Era

The Elementals were able to regain thier powers and peer into modern 21st century Earth, then they teleported N`Kantu,The Living Mummy to their realm. They took possession of the Mummy and sent him to recover the scarab which was in the possession of Ahmet Abdol, the Living Pharaoh. He had the scarab but was foiled by The Asp (Rich Harper) a professional thief who wanted a last big score. Blamed for the Mummy`s failure to obtain the scarab, Zephyr traveled to Earth to retreive it .While there she made some poor beggers believe they were sultans because she felt bad for them. She had the Mummy kidnap Asp`s friend Miles Olddan and commanded Asp to steal the Scarab from Dr.Alexei Skarab .Impatient Hellfire and the others deemed Zephyr a traitor and took her and Asp` friend Olddan, as their prisoners and waited for Asp,Dr.Skarab and the Mummy to return. So the ruby wouldn`t be taken from them they created a force field around Cairo and proclaimed themselves gods .Zephyr and the others fought The other Elementals, Dr.Scarab used the scarab to transport all of them to the Aleph (a corner of the Nexus of Realities).This gave Asp, Olddan and Dr.Scarab the equal powers of the Elementals so along with the Mummy and Zephyr they cast Hellfire ,Magnum and Hydron into the void of the Aleph .

With Cario returning back to normal, Asp stole the scarab which burnt out and Zephyr and Olddan all left together for the Carribean Islands, Summoned back to Earth by Hecate, an extra-terrestrial explorer, Hellfire, Hydron and Magnum decided to go after the scarab again.They found Zephyr, Asp and Olddan they were overpowered and imprisoned. Sensing the powers used Ms.Marvel (Carol Danvers) decided to investigate when she herself was attacked by Hecate and the Elementals .After torturing Zephyr, Asp revealed the scarab`s location ,once they had it they decided that they no longer needed Hecate. Ms.Marvel intervened and saved Hecate and together they oppossed the Elementals. Defeated, Hecate and Ms.Marvel parted on friendly terms. Zephyr next appeared aiding Thor in his battles against Ego and the Collector. 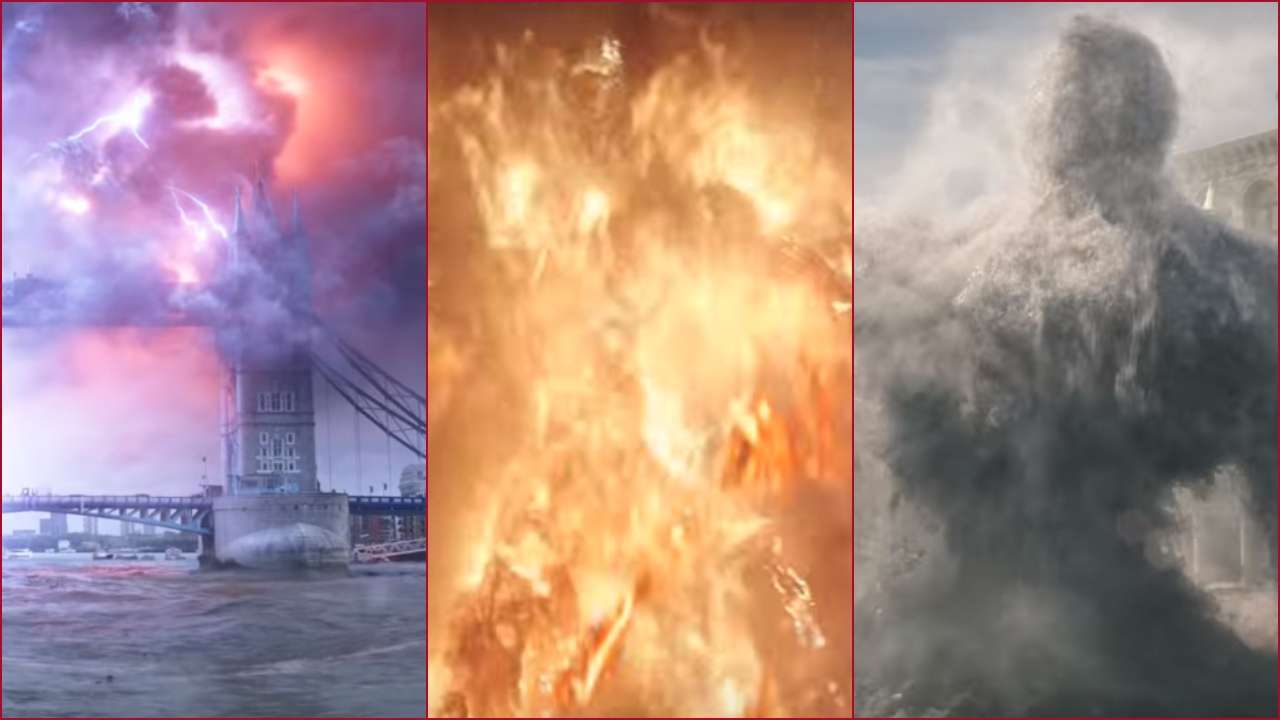 The Elementals appear in the twenty-third installment of the Marvel Cinematic Universe in Spider-Man: Far From Home. In the MCU, however, the Elementals are not addressed by their appropriate names. Instead, the Elementals are loosely based off from lesser-known Spider-Man villains with elemental based super powers:Hellfire = Molten ManHydron = Hydro-ManMagnum = SandmanZephyr = Whirlwind