Cyborg is a fictional character appearing in comic books published by DC Comics. He was created by Marv Wolfman and George Pérez and first appeared in DC Comics Presents #26(October 1980).

Cyborg is best known as a member of the Teen Titans. However, in September 2011, Cyborg was established as a founding member of the Justice League as part of DC's 2011 reboot of its continuity.

Cyborg appears in the DC Extended Universe, where he is played by actor Ray Fisher. This adaptation of the character had a cameo appearance in the 2016 film Batman v Superman: Dawn of Justice and is set to appear in a standalone Cyborg film in 2020, as well as the upcoming Justice League.(1)

Victor Stone was the son of a pair of scientists who decided to use him as a test subject for various intelligence enhancement projects. However, Victor grew to resent this treatment and fell in with a young miscreant named Ron Evers who led him into trouble with the law. This was the beginning of a struggle where Victor strove for his own life engaging in pursuits his parents disapproved of such as athletics. In addition, Victor still kept bad company that led him into incidents such as when he was talked into participating in a street gang fight in which he was wounded. For the most part however, Victor still had a largely normal life under the circumstances where he also refused to follow his best friend's grandiose plans of racially motivated terrorism.

All that changed one day when he visited his parents at work at S.T.A.R. Labs. Coincidentally, an experiment in dimensional travel went horribly awry when a massive gelatinous monster crossed over an experimental portal and killed Victor's mother. The creature then turned on Victor and severely mutilated him before his father managed to force the creature back through the portal. To save his son, Victor's father outfitted him with experimental prostheses of his own design. However, the equipment could not be worn inconspicuously, and thus Victor was horrified to see much of his body, including part of his face, replaced with sheer metallic limbs and implants. Although Victor wanted to die at this shock, he adjusted enough through his resulting physical therapy to control his implants with suitable skill.

Upon release from medical care, he found his life was seriously inconvenienced with the fearful reactions of the public at his implants; even his girlfriend rejected him. In addition, he was also disallowed his participation in athletics not only for his implants but for his poor grades which were further exacerbated by his long convalescence. However, when his old friend attempted to use Victor's troubles to manipulate him into attempting a terrorist attack on the United Nations, Victor found a new purpose as he equipped his weapons attachments and stopped his friend in a pitched battle on the UN building.

He joined the Teen Titans, initially for the benefit of a support group of kindred spirits and freaks and has remained with that group ever since. In addition, Victor found new friends who saw past his disfigurements to his own nobility such as a group of children who were adjusting to their own prostheses and idolized Victor with his fancy parts and exciting adventures as well as their beautiful therapist who took a shine to him herself.

Throughout his association with the Titans, Victor has been destroyed, reconstructed, assimilated by an alien race, and had his humanity restored. He later went on to mentor a new Teen Titans group, consisting mainly of sidekicks, most of whom have taken over the secret identities of former members (i.e. Tim Drake, the third Robin, instead of Dick Grayson, the original Robin and Titans leader), as well as stalwarts such as Starfire, Raven, and Beast Boy, where they have fought enemies such as Deathstroke, Doctor Light, The Titans of Tomorrow and Superboy and Indigo during the Insiders storyline with a team up with the Outsiders.

Cyborg's new team didn't work out and when the new Teen Titans formed after his Titan's East's destruction he played second in command again. Although not officially on the roster he helped them on their investigations; he later joined officially and headed the new team of Teen Titans. They had many adventures together when their numbers started to grow and the founding members started to move on to bigger things. Wonder Girl began to lead this new team and they moved to Titans Tower in San Francisco, California. Soon the old founding members joined an unofficial team called the Titans to work as a family and a place to relax from their all overwhelming lives. But the peace didn't last when lives started to overlap and intersect and fewer members started showing up.

When the Titans fell apart again, Cyborg joined the JLA alongside Dick(as Batman) and Donna Troy. Officially on the team, he did not enter the field of battle much. Instead, he devoted his time to helping improve the Red Tornado's android body.

Victor Stone has skills which include genius-level intellect and he is highly skilled in hand-to-hand combat. Most of his body is covered with advanced prosthetics which grant him a number of abilities including super strength, adaptive evolution, technomorphic healing factor, cyberspace immersion, enhanced human abilities, technopathy and a number of advanced weaponry such as lasers and missiles. 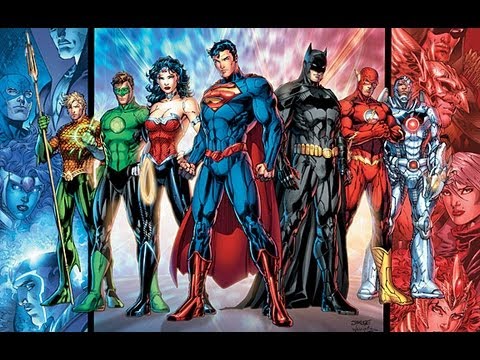 Cyborg has a number of allies including the Justice League, Shazam, the Teen Titans, Red Tornado, his father Silas Stone and many more. Cyborg has made a number of enemies over the years including Deathstroke, Alfa, Grid, Psimon, Server Aja and Xulio. Cyborg appeared for a very small cameo role in BvS. They showed a very brief clip of the characters origins. The character is portrayed by Ray Fisher throughout all the movies in the DC Extended Universe.

You can check out the clip below consisting of Flash, Aquaman and Cyborg(SPOILERS).

Justice League is an upcoming movie and will be the 5th installment in the DCEU. The movie is directed by Zack Snyder. The movie features Ben Affleck as Batman, Henry Cavill as Superman, Gal Gadot as Wonder Woman, Ezra Miller as The Flash, Jason Momoa as Aquaman, Ray Fisher as Cyborg and J.K. Simmons as Det. James Gordon. The movie has a release date of November 17, 2017.

You can check out our Cyborg products here